Quite a few years ago, well almost 25 to be exact, we became one of the first Toro residential dealers in England, our sector was around London. One of the first jobs we did was the Tower of London, quickly followed by a number of quite prestigeous sites.

In the meantime our clients were asking for system too. Many had already spent large amounts on creating really beautiful award winning landscapes. This presented a number of problems for us.

The first was how to instal a system without destroying the now beautifully establishing landcapes.

The third was more environmentally based, the soils around London are heavy clay, water doesn't permeate very well in clay. So many of our landscapes included quite comprehensive drainage systems to 'channel' the water off lawns and away from shrub beds - often using a pond as an over flow system.

We solved the first problem by finding in Germany - they had developed a 'mole' powered by compressed air. It was able to tunnel almost anywhere and then as it was withdrawn it pulled the irrigation pipe back through the tunnel it made. This meant we only had to dig down to each sprinkler head it was quick, efficient and much cleaner than trenching. 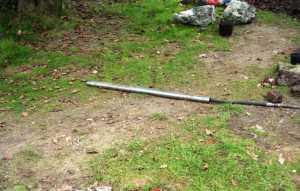 The ram is about 3ft long made of stainless steel. 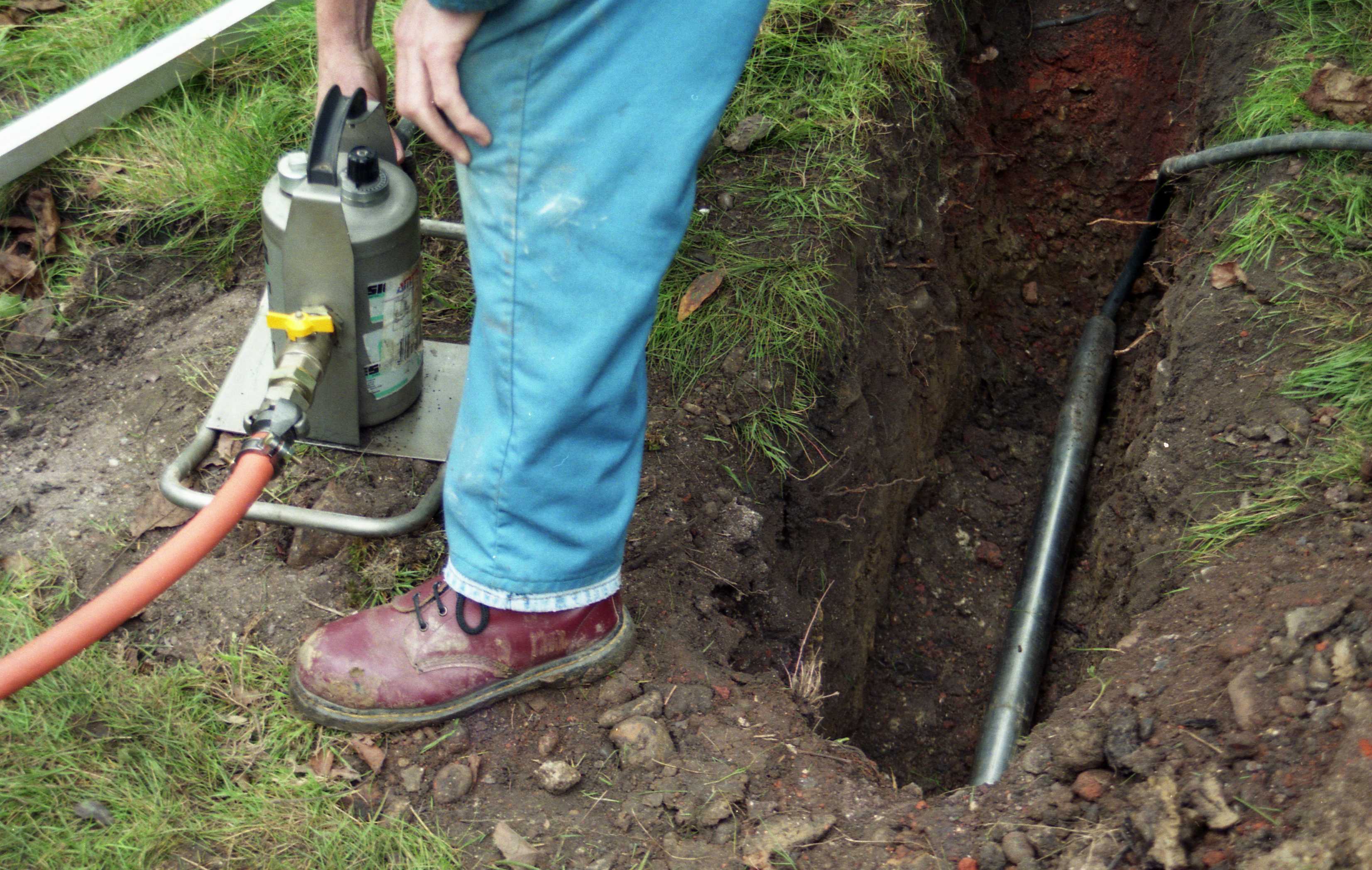 This simple tool saved huge amounts of time and reinstatement costs – more importantly it amazed our clients who were thrilled that we could install such sophisticated systems without a huge amount of disruption.

The second and third sort of solved themselves, we basically gathered the sub surface runoff and rechannelled the water back into the 800 gallon storage tank, it worked pretty well, due to the frequent rain the UK receives.